Why American Christianity Needs to Die 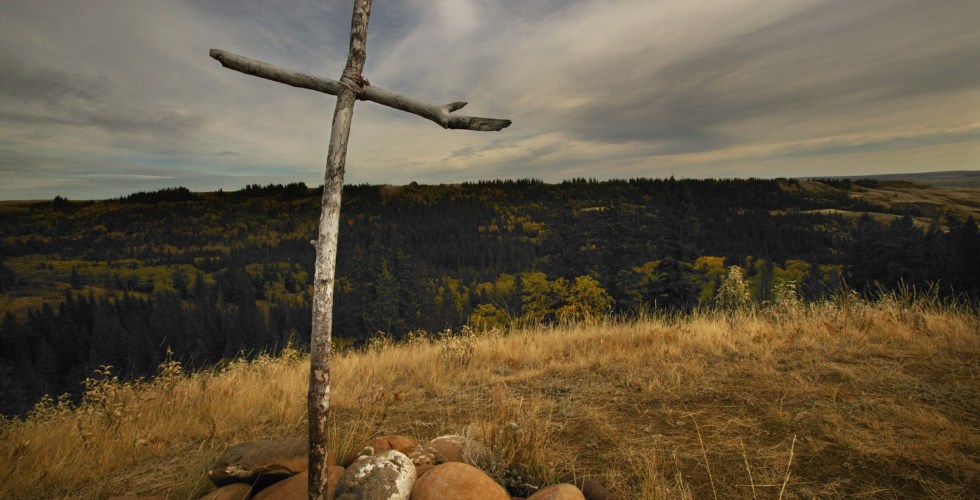 The Obama administration has issued what amounts to a dictatorial fiat, mandating that all public schools allow transgendered students access to the bathroom that aligns with their chosen gender identity. It is just the latest in a series of policies advanced by President Obama that are deliberately designed to deconstruct biological, physiological, familial, and societal boundaries that date back millennia.

This is all being done, of course, under the guise of “non-discrimination”, a rationale which, theoretically, could lead to the sanctioning of almost every kind of behavior imaginable. When it is deemed legally permissible to merely pick and choose one’s gender, on what basis then could an individual be denied any “identity election” they might arbitrarily choose for themselves? This new edict from the Obama administration opens the door to any number of nonsensical possibilities. It is the classic Pandora’s Box scenario.

If the only thing a transgendered person need do is “identify” as, that is, simply declare themselves to be male or female, then, what prohibits me, for example, from “identifying” as a car or a tree or a peregrine falcon, and subsequently staking claim to all the benefits and privileges associated with such a declaration? To deny me these “rights” is to place yourself in the precarious position of having to make a case for why I am in fact not the thing which I profess to be. The only way you could possibly succeed at such an endeavor, is by leveraging objective truth as the basis of your argument for why I am not a car, a tree, or a peregrine falcon. And the only objective truth that exists in this world is that which is found in the Word of God (John 17:17).

To refute this is to paint yourself into an ideological corner.

Try as you might, you cannot deny the utter absurdity of the aforementioned examples. And why are they so absurd? Because, in our heart we know that God created us male and female (Genesis 1:27), and that He has imparted to each of us an innate awareness of the truth of that reality. Sure, we can pass laws that say otherwise, as if a piece of paper signed by the President of the United States could somehow carry more weight than the empirical biological and scientific evidence staring us right in the face. But man-made laws do nothing to alter the immutable truths spoken to us by God in His Word (Psalm 119:89).

“I note that some whom I greatly love and esteem, who are, in my judgment, among the very choicest of God’s people, nevertheless, travel most of the way to heaven by night.” – Charles H. Spurgeon

And where is the church in all this? It is a legitimate question. After all, we Christians are as much to blame as anyone that we are even talking about this issue of transgendered bathrooms in public schools. It is the church that helped elect Barack Obama to the White House – twice – but who willingly ignored his egregiously unbiblical worldview, having been allured by the empty promises of government perquisites like “free” healthcare. It is the church that continues to embrace the attractions of a sinful world, exchanging the truth about our God-ordained societal boundaries for a lie that for decades now has been incessantly perpetrated under the facade of “equality”.

Where is the church? Your guess is as good as mine. Probably curled up in a hole somewhere, waiting for God to “fix” all this with a series of lightning bolts from heaven. The reason we’re even talking about this matter of transgender bathrooms in public schools, is because the church in America is fat, lazy, apathetic, and all but dead. We are a Sunday-morning-only kind of church, cliquish in our interactions with the world around us, not wanting  to get our hands dirty with matters that presumably “don’t concern us”, content to remain ignorant of the fact that the gospel applies universally to every facet of our lives – including government (Romans 13:1-7).

The church in America is becoming increasingly selective about the things we profess to be righteously indignant.

Black Christians don’t see transgender bathrooms in public schools as a problem because it has nothing to do with their sacred cow of “social justice”. Conversely, white Christians are silent because it doesn’t involve people being forced onto their knees in chains along a coastline in the Middle East and beheaded for refusing to renounce their faith. So, what do we do? Nothing. That’s what. Absolutely nothing. Instead of being actively involved in shaping the cultural landscape in which we live, we repeatedly elect ungodly men and women to govern us, hoping that they will approve of those things which God has clearly forbidden, in a naively futile attempt to assuage our conscience of the guilt associated with the sinful acts in which we can now legally, if not biblically, indulge ourselves.

As a result, look at the mess we are in. But, then, we’ve always been in a mess, haven’t we? This is nothing new. It’s been this way since the Garden of Eden, when Adam and Eve decided to violate the boundaries that God, in His unmerited grace and mercy, lovingly established for their own good (Genesis 3:1-22). The church in America has become so arrogant that it has forgotten why and for whom it exists. It has developed the collective temerity to actually believe that its purpose in this world is to serve itself and its own selfish ends. As a result, the gospel has largely been rendered impotent toward impacting the world around us.

“I know your deeds, that you are neither cold nor hot. So because you are lukewarm, and neither hot nor cold, I will spit you out of My mouth.” – Revelation 3:15-16

What is the church if not a body of convicted believers whose hearts have been genuinely transformed by the supernatural power of the gospel, to be a bastion of righteousness in a world where the pursuit of unrighteousness seems a daily enterprise?

And the church today seems all too happy to acquiesce to these demands. It is this kind of spectator-only, watch-the-world-from-the-sidelines, all-I-do-is-pray-about-it type of Christianity that needs to die.

And the sooner it does the better.

“They come to you as people come, and sit before you as My people and hear your words, but they do not do them, for they do the lustful desires expressed by their mouth, and their heart goes after their gain.” – Ezekiel 33:31  (NASB)

Related:
What the Transgender Bathroom Debate Means for You – Russell Moore
Sexual Devolution – Albert Mohler (video)
It’s Not About Bathrooms, It’s About Christianity – The Liberty Conservative
The Transgender Straw The Broke the Camel’s Back: It’s Time to Declare Independence from Public Schools – National Review
How the Trans-Agenda Seeks to Redefine Everyone – The Federalist
Obama Doesn’t Care What You Think: Obey or You Will Be Punished – Christian Post
Obama Declares War on Parents who Oppose Sexual Perversion – Charisma